Many People reject the idea of Christianity, claiming they have intellectual objections to the faith, however this I have found this to be true only a small fraction of the time, usually this objection merely covers an emotional reason, maybe the Christians they have associated with hurt them, or were seen to be hypocritical etc, but I believe the chief objection which is cloaked in this way, is a perceived lack of freedom.

People have this idea that fully committing their lives to God equals the lack of freedom to do [insert desired activity here]. So I thought it was time I addressed this question…

As humans we seem to be born with this innate desire to be right and have our own way, as an infant we may kick and scream as a parent removes us from a potentially dangerous situation, this is because in our own estimation what we are doing is not only perfectly safe, but fun, as a child grows he or she will (hopefully) learn to trust the parent totally and heed their warnings of dangers in their environment, the parent would not lock the child in the wardrobe to be sure of it’s safely that would not be loving, that would be cruel and would remove free choice from the child…

Notice the key term go past just then?

We are free, free in the most radical sense, free to choose the life we wish, it is the great gift of self determination which God himself has afforded sentient life, this was the greatest risk ever taken, God created beings that could rebel, but why? because of 1 John 4:8 God is Love, not only does a being of love require another upon which to bestow it’s love, but if hate is not possible, Love is not actual. That is to say, if there is no free choice to love or hate, and we are forced to Love, that love is not even real!

So… why the restriction? God is love, so he gave us free choice and then roasts us in hell when we don’t pick him?

No, free choice is very much intact, we all get exactly what we want, those of us who see his love and cast ourselves at the feet of Jesus and accept the free gift of salvation, want nothing more than to remain in his presence. If you reject him and the eternal life he wants to give you, you will get your request, total disconnection from God, the problem is, God is and has always been the one sustaining your life, that would be like a computer hating the power company so much, that it unplugs itself, that is hell, the final disconnection, you go from a being, destined to bear the image of God through the ceaseless, glory filled ages, to an inert nothingness, totally consumed without further knowledge or feeling, all because of your free choice, you unplugged yourself.

Well that seems illogical in the extreme that anyone would choose destruction in place of unimaginable glory…  That is the deception, you could call it the freedom delusion, the path the world offers, self gratification, the hunger for power, these lead to pride, greed, lust, engagement in these things, the world heralds as freedom, but I am here to tell you today that it is not freedom my friends… it is bondage, made all the worse by the fact we are so deceived, that we call it freedom, we think we are doing our own will when really we are doing the will of satan, the first being to ever choose to hate with that gift of self determination, he is trying to disconnect from God and take as many with him as possible, He is the one who, for thousands of years has been decieving mankind, telling them that God is a tyrant and true freedom is in vice and self-seeking, he is leading the rebellion against God, if you are rejecting the Savior, you automatically join satan’s Government.

I had never known freedom until I met Jesus, some will call that brainwashing, but it is not, it was the result of experience and diligent study, it is not easy to remain surrendered to God, in fact it is a daily war, where by free choice, I submit to the will of God, not because I get something out of it (although i do) it is simply because I now know that God is love. 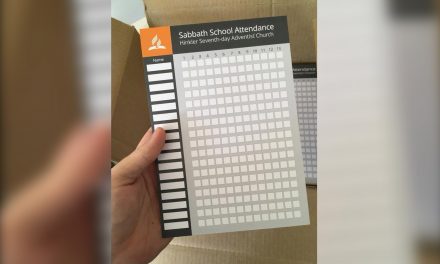