Well I have just returned from my flash visit to Brisvegas, My parents and I went down to visit an old and dear friend who has cancer, Pastor Larry Laredo (also know to many as “Leaping Larry” thanks to his endless enthusiasm) whom we have not seen since 2000.

We arrived in burleigh heads late friday night, and went to his church on Saturday morning, as one would expect, the severe cancer treatments he has undergone have left him pale and far too thin, but unlike many who suffer these diseases he refuses to give up, even though he is retired now, he still makes the occasional announcement and leads out in song during worship when he is well enough.

Infact he even maintains his sense of humor, when he stood up the front with the 3 young girls who were singing, to announce the next song, he then announced that I was there from Hervey bay, got me to stand up and wave to the church from where I was situated, he then proceeded to tell the girls on stage I was smart, single etc, it did have that auction-esque feeling but everyone had a laugh, so it was all good.

That afternoon we went to Larry and Ruby’s house, it is very sobering to talk to a man who is looking down the barrel of the world’s longest blink, especially a man who has been so many places and done so much good. It forces your to evaluate the most important things in your life and for that I am grateful.

Larry’s attitude is so good, as far as he is concerned he is immortal until his work for God is complete, he does not seem to suffer fear, he is quiet, confident and ruled by logic, when the essence of who we are is threatened by death in any form, we are forced to prioritize, all of a sudden all the money in the world wont save you, or make you happy, even many of the things you once counted essentials are now merely wisps of time you have already spent and can’t get a refund on.

Larry’s life has been reduced to the essentials, he and his wife shop once a week, he goes to church on Sabbath and prayer meeting sometime midweek. the rest of the time when he is not relaxing he is Studying his Bible or praying, that is the source from which he is drawing peace.

I know this case is a classic example of a question people have been asking for centuries… “Why do bad things happen to Good people” well, allow me to voice my belief and the word of the Bible, this world belongs (leased is probably more accurate)to satan.

When man disobeyed God in the garden of eden, Adam, Eve and their subsequent offspring were afflicted by sin,that is why bad things happen to good people, we are still under the curse chosen all those years ago, it was at that moment of disobedience we were placed, actually, make that, we chose to appoint a new master that is why Jesus chose to die on the cross, to provide an escape route, we are sinful by nature being a “Good person” is not enough, you need Jesus.

Thank God that even in the most dire of circumstances he can use the evil that happens to us as tool to further his work, what they say about all clouds having a silver lining is very true as long as you want it to be.

Now, I understand there will be non-Christians reading this, but even if you do not believe there is a heaven to go to, wouldn’t you prefer a life with peace and purpose? in Christianity, many people “Talk the talk”, but there is only an embarrassingly small group I have had the pleasure of meeting who do indeed “Walk the walk”, and Larry is one of those people.

This is his last treatment, he will be in hospital for about the next 2 months, let us just pray it is enough to cure him.

I hope this post reached someone who needed to hear it. 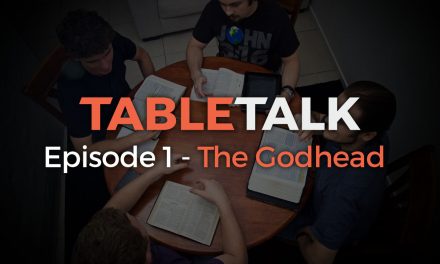