Conservative? Liberal? who is right?

While surfing the blogosphere the other day and landed on a brother’s website (21st Century Adventism) where I noted a particular post asking about our current Church leadership;

If one were to label (which I don’t like to do) our current Church leadership (GC Level), what would it be? Liberal, Conservative, Ultra Liberal, Ultra Conservative, Moderate, Balanced, etc. What do you think? If not balanced, what would it take to become balanced in theology and methodology?

I replied to the post, but I thought I would also post it here. As most of you would know by my posts, I am a decidedly conservative believer, but I have never elaborated as to why, so here it is, re-posted for your benefit…

In my experience, the whole conservative/liberal discussion is too often looked at through human eyes, where people are making God in THEIR own image, if they have been brought up conservative, they perceive that to be God’s opinion and vice versa.

I do not consider myself to have reached perfection and to have transcended my own environmental bias but to the best of my knowledge of the Savior, this is what it looks like;

In THIS group of people the scale from liberal to conservative seems merely governed by christian experience, not always, but typically the newer believers are more liberal and the more mature seem to be more conservative.

With this knowledge, I would not dare judge someone who is more liberal than myself because I have been there and understand their reasoning, and I would not judge anyone seemingly more conservative, because I have made this mistake in the past, and a year later the Holy Spirit convicted me of the very same thing.

So, ultimately, what is the most Biblically sound stance in my estimation, for our leadership? I would surely say Conservatism, which has been set on fire. 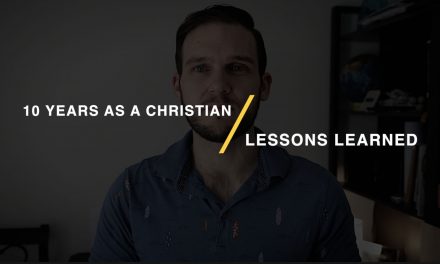 14 Lessons from 10 years As a Christian